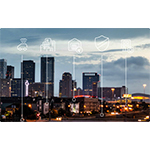 Crowdsourced data, low power wide area network (LPWAN) technology and 3D geolocation are all poised to be important elements of the smart city, argues the Alliance for Telecom Industry Solutions (ATIS) in a report released last week. Edge computing and artificial intelligence also are important to the ATIS smart city roadmap, which takes the form of a 100-page report.

3D Geolocation, Crowdsourcing, AI
While traditional geolocation tracks latitude and longitude, next-generation geolocation also will be able to track the height or altitude of a person or object – and that capability will provide an excellent means of enhancing public safety, ATIS says.

“In a vertical urban environment, altitude is almost as important as horizontal coordinates,” the authors write.

Crowdsourcing also could enhance public safety, ATIS notes. Today’s crowdsourcing capabilities are primarily based on passive techniques that use location-based services associated with smart devices. Crowdsourcing can be used, for example, to alert public safety personnel to locations where large groups of people are gathering, the authors note. Moving forward, ATIS says participatory crowdsourcing would go a step further and would enable public safety to monitor social media applications to collect additional useful information, as “each social media posting will provide incremental data based on observed, perceived or forwarded data from other users.”

Ideally, smart city applications will not just collect information but also will analyze it. To enable that capability, ATIS envisions smart cities implementing a big data and analytics framework that will use artificial intelligence (AI) and machine learning to enable predictive action and real-time processing. ATIS defines machine learning as “the ability for computing devices to learn from data analysis and predictive processes, without being directly programmed, thus gaining artificial intelligence and exhibiting cognitive functions.”

Making machine learning a reality will require effort from many corners, including academia, networking experts and applications developers, ATIS argues.

ATIS Smart City Roadmap: Network Architecture
The ATIS roadmap report also offers some ideas about the best network architecture for the smart city. That architecture relies, in large part, on gateways, which will serve as aggregation points for local sensors and connected devices, and on edge processing and edge computing.

Edge processing, ATIS says, will provide “localized and real-time analysis of the health and state of an asset to facilitate command and control, including open and secure architecture that supports developer communities for application development.”

Edge computing “can essentially present an IT service environment at the radio access network (RAN) edge,” ATIS explains in the report. This approach will provide more efficient RAN utilization for network operators and will provide “unparalleled quality of experience, contextualized services tailored to individual needs and preferences and innovative applications that can take advantage of optimized edge performance.”

This, in turn, can support a wide range of smart city applications, including vehicle-to-vehicle communications, augmented reality, indoor navigation, biometric user identification and others.

Not surprisingly, ATIS also notes the important role that LPWAN will play in the smart city. LPWAN communications are designed to provide connectivity for the smart sensors that will underlie many smart city apps. Accordingly, they require long battery life and must be low-cost but may not need large bandwidth. The authors touch on several emerging LPWAN standards, including LTE-NB, Cat M1 and Cat-NB1. 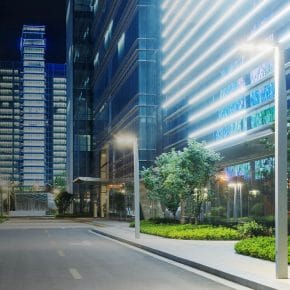