Home » AT&T Challenger Lays Out Advantages of FirstNet Opt Out; 18 States in Play 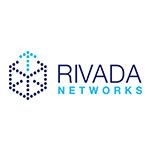 Executives at Rivada Networks are trying hard to get states to use their company, rather than AT&T, to build statewide mobile broadband public safety networks that would interoperate with the FirstNet network that AT&T will be building in at least 27 states and territories. Several Rivada executives are testifying today at a joint hearing of several Pennsylvania House and Senate committees, in which they will tout the benefits of a FirstNet opt out decision for the state.

Pennsylvania is one of 15 states that have received a public safety network proposal from Rivada, and Rivada is currently preparing proposals for three additional states, said Rivada Senior Vice President Brian Carney in an interview with Telecompetitor.

States have until December 28 to make their FirstNet opt out or opt in decision, Rivada noted in a press release today about its Pennsylvania testimony. States making that decision then have 180 days to make an alternative plan, Rivada said. According to Rivada, there is little risk to a state in opting out because if a state fails to make an alternative plan within the allotted time frame, the state simply reverts back to the FirstNet network.

As of now, no state has opted not to have AT&T build its public safety network and 27 states and territories have chosen AT&T.

Arguments for FirstNet Opt Out
Rivada has offered to provide service to emergency personnel in Pennsylvania for just one cent per user per month, which could yield a big savings to police and fire departments and other first responders if AT&T or an alternative network operator opts for pricing akin to what commercial customers currently pay for wireless service.

Carney told Telecompetitor that Rivada’s plan calls for the company to “make the money to pay for the network off of sub-priority users of the network.”

The nationwide public safety network will be supported by 20 MHz of dedicated spectrum, which first responders will use on a priority basis, but as Carney explained “It was always envisioned that the network would be available for sub-priority user by commercial users” because “the vast majority of the capacity . . . is going to go unused by public safety.” And emergencies that occur are likely to be localized, impacting just one or two cellsites or sectors, he said.

If Rivada should win one or more statewide public safety network contracts, the company would not offer service directly to end users other than public safety users, but instead, would sell service on a wholesale basis to retail service providers, Carney said. This is an advantage in comparison with a company that offers both retail and wholesale service, according to Carney.

“We have no retail business outside public safety, which makes us freer to sell to everybody, to price competitively, and to put less restrictions on how [service] is used,” he said.

The federal government allocated $6.5 billion to cover some costs of FirstNet network construction and according to Carney, if Rivada were to win a contract for a state and if the state were to apply for and receive its share of federal money, “we will happily use it.” But Rivada apparently isn’t counting on that.

“We’re proposing to build the network at no cost to the state and if necessary we will cover the full capital expense of building it out,” he said.

Rivada claims that its Pennsylvania proposal would create 6,000 more jobs in comparison with what AT&T is proposing.

One of the states that is considering opting out of FirstNet is New Hampshire and that state already has decided that if it does so, Rivada will be its public safety network operator, Carney said.

FirstNet Response
In a statement shared with Telecompetitor, a FirstNet spokesperson noted that building and operating a radio access network (RAN) within a state or territory is a “major undertaking with significant responsibilities to ensure that an opt-out state’s RAN is sustainable and supports the Nationwide Public Safety Broadband Network.”

FirstNet “continues to work closely with states and territories to ensure they fully understand the risks and costs associated with an opt out decision, which should not be understated,” the spokesperson said.

“We are confident the FirstNet/AT&T plan provides states and territories with the most sustainable and financially viable network, as well as the fastest path for delivering the network to the state’s public safety community.   We are pleased with the states’ and territories’ reception to the plans as 27 have opted in, including three states that conducted RFPs to compare with the FirstNet plan.”

This post has been updated to include a FirstNet response