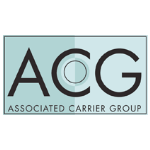 Smaller wireless carriers have experienced significant difficulties obtaining the most competitive consumer devices in recent years, and associations representing those carriers have been trying hard to change that through a range of policy initiatives. Meanwhile, the Associated Carrier Group is taking a different approach to addressing the same issue. The group, founded in 2005, coordinates interactions between device suppliers and its 37 member companies, all of whom are Tier 2 and 3 wireless carriers.

“We are constantly trying to ensure members have access to products at the time they are relevant to the marketplace . . . at the time of launch,” said Russ Lipinski, president and executive director for ACG, in an interview. “When we’re truly the tail and not the dog, we have to do everything we can.”

ACG started with just five member companies and has been adding carriers ever since – although it has lost a few as a result of mergers. Among the organization’s largest members are Cox Communications, C Spire and Ntelos. C Spire’s involvement is particularly noteworthy as the company recently sued AT&T, arguing that the larger carrier manipulated the wireless standards process to create a separate spectrum band for itself, thereby making it more difficult for smaller carriers operating in a different band to obtain competitive devices.

Smaller ACG members include companies such as Nex-Tech Wireless, Pioneer Cellular,  Thumb Cellular and others that will be familiar to many Telecompetitor readers.

When I asked Lipinski to point to any successes ACG has had, he said he was “reluctant to say it that way.”

Success, he said, “would be launching at the same time” as the nation’s largest carriers and with “the exact same products.”

Lipinski is “hopeful” that ACG will reach success measured by that yardstick but it’s not there yet.

The organization’s approach, Lipinski said, is to “attempt to reduce development time for OEM partners by testing [devices] and giving feedback at the same time across all of our members.” That approach, he said, “allows OEMS to more easily move their development staffs from Product A to Product B.”

Without ACG, each carrier would be handling that task on its own, requiring the manufacturer to make development staff available to answer the same questions for multiple carriers, Lipinski explained – and some manufacturers apparently see value in that approach. One carrier ACG doesn’t work with, however, is Apple.

“Apple doesn’t work with any intermediate companies [such as] buying groups,” Lipinski said. “They only work one-on-one with a carrier.”

He noted that some ACG members have been able to obtain popular wireless devices from Apple by working directly with Apple. He added, however, that Apple “only works with individual carriers of their own choosing.”

The Apple/ Samsung decision
Apple’s strong position in the smartphone market appears even stronger as a result of the company’s new victory over Samsung in a patent dispute. And some industry observers have speculated that the decision does not bode well for rival operating system Android, with a Wall Street Journal editorial going so far as to say that Apple would have preferred to sue Android’s creator Google, but sued Android-user Samsung instead in the belief that public sympathy would be stronger against an offshore manufacturer.

This would seem to be bad news for smaller wireless carriers, who tend to rely more heavily on Android because of the difficulties some of the carriers have had obtaining devices from Apple. And when I asked Lipinski for his take on the court decision, he said, “If it were to result in the stoppage of Android, it would be incredibly challenging to overcome.”

He declined to speculate on whether this was likely to actually happen, but he did say he didn’t think Google will “go away quietly.”

He noted that in some previous wireless patent disputes, the injured party has resolved the issue by obtaining a licensing agreement with the other party and that might be an outcome in this case.