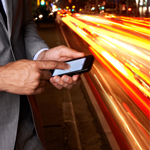 The comparison was made between the dates – which cover the six years between the widespread rollout of 4G LTE and the similar expansion of 5G — in an effort to illustrate how real-world mobile broadband experience experiences of consumers are evolving.

“All four carriers have shown strong speed improvements on 4G LTE dating back to 2014, and we expect that trend to endure and possibly become even more pronounced as 5G continues to take hold,” said Doug King, Director of Business Development, RootMetrics in a press release about the Verizon speed increases and speed increases seen by all major wireless carriers. “Those faster speeds allow end users to enjoy seamless video streaming, quick file downloads, and smooth mobile gaming, among other things. That’s especially good news for consumers in these chaotic times as people are spending more and more time at home.”

Mobile Broadband Speed Increases
IHS Markit’s RootMetrics said that LTE mobile broadband speed is growing over time. The fastest speed recorded during the first half of 2014 was Verizon’s 31.8 Mbps in Flint, MI. That is less than half the fastest recorded speed in the second half of last year, which was AT&T’s 66.6 Mbps logged in Baltimore.

Other highlights from the report:

Not only is 5G mobile broadband speed greater on average compared to LTE, but the pace of deployment is faster as well. Last month, 5G Americans released research from Omdia that said there were 17.7 million 5G connections worldwide as of the fourth quarter of last year. That is a 329% increase over the third quarter and 5 million more subscribers than projected.