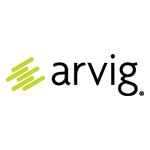 The carrier has contracts with customers that are five-, seven- and ten-years long, said Dave Schornack, Arvig’s Director of Business Development and Sales,  in a  press release. “As the demand for bandwidth continues to grow, we are well-positioned to provide solutions for carriers because of our broad footprint across Minnesota and connections to other providers across the region.”

Arvig began working as a backhaul aggregator for the major wireless carriers in 2015. The carrier, which has a broad footprint across Minnesota, has its own construction, engineering and permitting capabilities, which it said lowers costs to its customers.

Arvig was established in 1950 and now says it is one of the largest independent telecom providers in the United States. It provides Internet, television, dark fiber, wavelength and Ethernet, managed IT, security and answering services. The company also offers what it calls “a full suite” of digital media services.

The company made news on two of those fronts already this month. Last week, Arvig announced the purchase of Palmer Wireless, a fixed wireless company that services the St. Cloud, MN, metropolitan area. The purchase includes 24 miles of fiber in the St. Cloud and Big Lake areas. The company will assume management of about 1,500 fixed wireless and a handful of voice customers.

Also last week, Arvig said that during the first quarter of the year more than 30 schools and school districts selected the company for high-speed Internet, transport and voice solutions. The projects are being funded through the federal E-rate schools and libraries Universal Service Fund program.