Home » Apps Not Just About Apple, Android, or Mobile 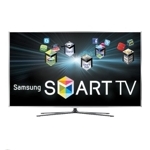 The relatively quick ascent of the app craze in today’s society is quite remarkable. How many people knew what an app was just five years ago? Yet today they are relatively mainstream, certainly among the below-50 crowd. The trend is now entering a new phase.

The app phenomenon certainly has its roots with Apple and their iOS devices. They can rightfully claim moving apps into the mainstream. Google soon followed with their Android platform, first for smartphones, and now for tablets, set-top-boxes, and computers. But with mainstream adoption the app field is about to get much wider and it’s no longer just about mobile devices.

There are any number of growing app ecosystems outside of Apple and Android. Take Samsung for instance. They just announced over 100 million apps have been downloaded from their app ecosystem in less than one year. Samsung apps can be accessed from mobile devices and a growing number of Samsung Smart TVs. Even with Apple and Android both seeing app downloads measured in the billions, 100 million is still impressive in my book.

Samsung is joined by others, including Boxee, Sony Playstation, Microsoft, Vizio, and a growing number of others who are developing an app ecosystem, some of which are multiplatform, from mobile devices to TVs to game consoles. Service providers are also getting into the app domain, with companies like Verizon and AT&T opening their FiOS and U-verse platforms to third party developers, albeit at a very measured pace.

The end result is a pervasive distribution of apps across all networks and platforms. The shift challenges broadband carriers, both mobile and fixed, to build networks with less focus on infrastructure and capacity and more focused on applications enablement and adaptability.