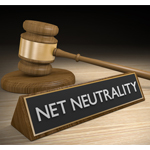 The D.C. Circuit Court of Appeals today upheld most provisions of the Restoring Internet Freedom Order (RIFO) adopted by the FCC in December 2017, including a decision to classify broadband as an information service, rather than a telecommunications service. Broadband provider association USTelecom and other telecom industry stakeholders hailed the decision. Supporters, as well as RIFO opponents such as consumer group The Free Press, urged Congress to pass legislation formalizing internet policy to avoid an ongoing cycle of changes to that policy, followed by a reversal of those changes.

The RIFO, adopted under Republican FCC Chairman Ajit Pai, reversed Net Neutrality rules that had been put in place in 2015 under Democratic FCC Chairman Tom Wheeler.

Restoring Internet Freedom Order
According to FCC senior officials on a call with reporters today, the D.C. Circuit Court decision upheld most aspects of the RIFO, including:

One aspect of the RIFO that the court did not uphold relates to the FCC’s assertion that it could preempt state-level actions involving Net Neutrality and the Open Internet. According to FCC officials on today’s call, however, the court didn’t say the commission couldn’t preempt state laws if those laws were conflicting.

The officials said it was too early to determine whether the FCC would appeal the decision regarding preemption of state-level actions.

“The court got it right and affirmed [that] the internet is open, ISPs are investing to bring internet users the content they want, and we remain absolutely opposed to anti-consumer practices like blocking, throttling and anti-competitive paid-prioritization,” said USTelecom CEO Jonathan Spalter in a prepared statement.

He added, though, that “Congress must end this regulatory rinse and repeat cycle by passing a strong national framework that applies to all companies, maintaining our dynamic and open internet, and sustains our global digital leadership for the next generation and beyond.”

Free Press Vice President of Policy and General Counsel Matt Wood also called for legislation but had a different take on what that legislation should encompass.

“The Senate must pass the Save the Internet Act that sailed through the House in April to put the 2015 open-internet rules and the wildly successful legal framework for them even more firmly back in place,” he said in a prepared statement.