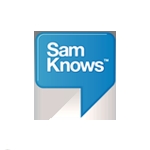 They recently launched FCC broadband speed tools and have shared some research results about the issue, which led to protests by the cable industry. They are now taking the initiative a step forward and have hired SamKnows Limited “…to partner with the FCC on broadband testing.” SamKnows Limited is a U.K. based broadband performance firm, who has done a similar project with the U.K. equivalent of the FCC, Ofcom.

According to the SamKnows website, they’ve “…been awarded a ground breaking contract by the Federal Communications Commission (FCC) to begin a new project researching and collecting data on American fixed-line broadband speeds delivered by Internet Service Providers (ISPs) – until now, something that has never been undertaken in the USA.” Interesting – my American pride kicks in a little here with disappointment as to why an American company couldn’t do this. The country that founded the Internet has to look to the Brits? Maybe that’s by design – a more independent view?

The FCC will soon be asking for volunteers to install SamKnows hardware in their homes that is ‘capable of measuring broadband performance.’  FCC Expert Advisor on Economic Opportunity, Dave Vorhaus says on the FCC blog, “The measurements will give us results across a broad swath of providers, service tiers and geographic areas.” Vorhaus goes on to say that this “is the next step in the process of increasing transparency and competition in the broadband market and better informing consumers about their broadband service.”

One of the objectives of this initiative is to give a more pure indication of the actual broadband speed being provided by the ISP, removing other factors like home wiring/networks and web traffic/congestion out of the actual performance equation. It will be interesting to watch how ISPs react to this next step, especially considering SamKnows says these volunteers “… are given access to their own data so that they can track the performance of their broadband connection comparing it against what their ISP is billing them for.” Interesting times ahead, indeed.