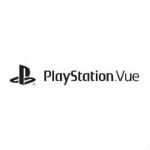 Sony took the wraps off its streaming OTT service today, PlayStation Vue, making it available in three markets, including Chicago, New York, and Philadelphia. The latest OTT entrant will offer a streaming OTT channel line-up and VOD content for packages ranging from $50 to $70 per month. Sony joins Sling TV with an OTT streaming alternative to the traditional pay-TV bundle. Apple may join them both soon.

PlayStation Vue will initially be available on PlayStation 3 and 4 gaming consoles. Sony is trying to differentiate the service with a unique user guide, or user experience for TV. “When you are looking for something new and exciting to watch, powerful discovery tools will help you filter thousands of shows in just moments, so you can search less and watch more,” says Eric Lempel, vice president of Sony Network Entertainment in a blog post announcing the launch. 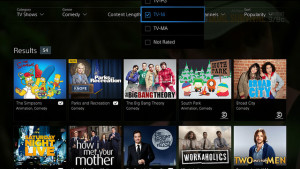 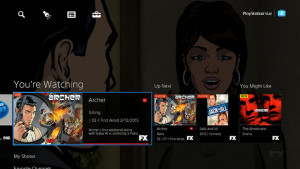 PlayStation Vue Programming
PlayStation Vue has an impressive programming line-up, albeit with some glaring holes. Its base subscription, starting at $50 per month includes channels like CBS, NBC, Fox, TNT, TBS, Fox Sports 1 and 2, NBC Sports Network, Comedy Central, Cartoon Network, MTV and MTV 2, FX and FXX, and Food Network, among others, according to Wired.

Higher priced packages add other programming, including prized regional sports networks (RSNs) like the YES Network in New York and Comcast SportsNet in Philadelphia and Chicago. Noticeably absent from all of their channel line-ups are Disney/ESPN/ABC networks. So Sling TV beats them with ESPN sports programming, but Vue takes up the slack with the RSNs.

Some Limitations
The biggest limitation to Vue is its availability right now. It’s only on the PlayStation gaming consoles, of which Sony has an addressable audience of about 35 million. Sony says Vue will be coming to the iPad soon though. For now, Sony seems content in going after the gaming community – a community they have a strong relationship with. It skews young and male.

The absence of Disney and ESPN are noticeable. Sony appears to be trying to match a traditional pay-TV channel line-up, or at least get close to it. That differs somewhat from Sling TV (and maybe Apple) who appear to be building much “skinnier” channel line-ups for OTT. But if you’re trying to match pay-TV, don’t you need ESPN?

Pricing is also somewhat similar to traditional pay-TV, topping out at $70/month. Add the cloud DVR, and maybe it’s a tad cheaper. But it’s well known that Sony is paying a premium for this content, so even at this pricing, it’s hard to see how they can make money with this offer. Sony plans a phased roll out to other markets over the next year or so.

So who’s next up with a new OTT offer? My guess…Verizon, who will launch a mobile focused OTT offer sometime this Summer. Unless someone beats them to it. There are many days between now and then.

Editors Note: These issues are of great importance to broadband and video service providers. We invite you to join us at the upcoming broadbandTV event, a co-located event at this year’s2015 FTTH Connect Conference in Anaheim, CA, June 30th – July 2nd. We will be putting these issues into more context for service providers and their partners.