Financial analysts at MoffettNathanson are questioning whether SpaceX can make all the satellite launches that would be required to support the company’s plans for its Starlink broadband service. Plans in question include making 100 Mbps service available to the 642,000 locations for which SpaceX was tentatively awarded funding in the Rural Digital Opportunity Fund program.

According to a MoffettNathanson note released today, SpaceX to date has deployed 2,000 low earth orbit (LEO) satellites out of as many as 42,000 planned. The goal is to provide lower-latency broadband in comparison with traditional geostationary satellites.

The analysts note, though, that the new satellites are heavier than previous versions, which means that SpaceX can only launch 50 at a time, rather than 60 at a time as they could before.

As a result, today’s note states that “SpaceX would need to drastically increase launch frequency to once every seven days for five consecutive years just to launch the satellites required for their planned  constellation of [approximately] 12,000 by their FCC deadline in 2027.” The FCC deadline apparently references the date by which the company would have to make service available to areas for which it tentatively won RDOF funding.

It’s worth noting, though, that according to a previous MoffettNathanson estimate, only about 4,000 of the 12,000 satellites would be needed to serve the U.S.

The analysts cite information provided by a SpaceX executive stating that each of the new rockets can carry over 100 of the future-generation satellites, which would cut the required launches for 12,000 satellites back to once every other week.

According to the analysts, though, SpaceX founder Elon Musk has said that 30,000 LEO satellites might be needed to meet Starlink goals. The analysts take partial credit for this realization, citing their previous analysis estimating that the constellation initially planned could only serve about 500,000 U.S. locations.

Based on the 30,000-satellite number, with the new rockets and future-generation satellites, SpaceX would need to do a launch once every six days for at least nine years—or essentially forever, according to the MoffettNathanson analysis.

This number assumes not only a 30,000-satellite constellation but also factors in the need for additional launches to replace the LEO satellites that drift back to Earth and burn up about five years after launch.

Getting all the way to 42,000 satellites, SpaceX’s longer-term ambition, would require a launch “every four to five days for the next decade, and a new launch for satellite replacement, even at steady-state, every five days,” the researchers estimate.

SpaceX did not immediately reply to an inquiry from Telecompetitor asking for the company’s response to the MoffettNathanson note. 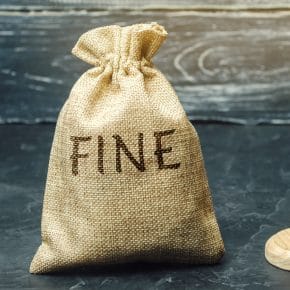