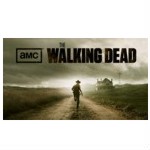 AMC Networks has taken the all familiar content licensing fees dispute to a new level. The provider of popular programming series like ‘Walking Dead,’ ‘Breaking Bad,’ and ‘Mad Men’ is ramping up content renewal agreements with the National Cable Television Cooperative (NCTC), and  implementing a rather aggressive negotiation tactic. NCTC negotiates programming contracts on behalf of hundreds of smaller independent pay-TV providers.

The programmer has begun running ‘rolling ads’ during popular programming, warning subscribers they may lose access to the channel, apparently encouraging them to look for alternative providers. In it of itself, this is not an unusual tactic for programmers during these high profile disputes. But what makes this aggressive is that the NCTC agreement runs through December 31, 2015. Usually these tactics begin when negotiations are at a stalemate and there is an imminent threat of the programmer pulling their signal from a pay-TV provider. In this scenario, there is a solid six weeks left on the current agreement.

“AMC is actively trying to incite panic among our local viewers; trying to scare them into believing that they are at risk of losing their favorite shows,” said MCTV President Bob Gessner in a press release. “But what AMC failed to convey is the real story behind the crawls they ran in The Walking Dead last Sunday. Our customers are NOT at risk of losing AMC or WEtv prior to the December 31 deadline because AMC Networks must contractually provide the signals through this date.”

MCTV is not alone in expressing their views regarding these AMC renewal negotiations. Fellow NCTC member and Arkansas based provider Ritter Communications took to Twitter to highlight the dispute.

AMC Renewal
The ‘potential’ AMC renewal dispute revolves around familiar points. AMC wants to extract additional fees for its programming from NCTC members, as well as tie some of their other channels to any AMC Network carriage agreement. AMC Networks includes BBC AMERICA, IFC, SundanceTV, and WE tv, among others.

NCTC and its members obviously want to minimize the rate increase, and pay-TV providers don’t like being forced to carry less popular channels (and the programming fees they cost) in order to carry a more popular channel. Hence, the potential for an impasse on these issues.

By getting ahead of a potential dispute, AMC has raised the ante yet again in these often ugly programming renewal agreement negotiations.

“While we are committed to continuing to negotiate with NCTC, we are informing our loyal viewers who are NCTC customers that they are at risk of losing access to their favorite AMC shows,” says AMC in a statement to Multichannel News.