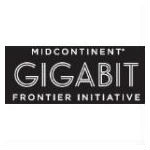 Midco joins a growing number of cable companies who are turning to Gigabit services as a way to keep the broadband speed crown that the cable industry has long held over the telco and competitive carrier market. The perception that cable offers the fastest broadband speeds might be slipping, as a slew of telco and municipal providers announce and launch gigabit initiatives, creating a lot of PR noise in the process. Midco now joins Cox, Atlantic Broadband, and Bright House among others, with announced gigabit plans.

“Those requiring symmetrical gigabit service (mostly businesses) will have an FTTH option.  The residential service will utilize DOCSIS 3.1 when it is available,” said Simmons in an email interview.

Midco will not employ the Google Fiber model, followed by other carriers, where gigabit markets/neighborhoods are not upgraded until sufficient demand is demonstrated – the so called ‘fiberhood’ approach.

“We will be upgrading all subscribers in the market and not cherry-pick certain areas of the community,” said Simmons.

Fargo, ND will be first up with Gigabit, starting in the spring of 2015, with Bismarck and Grand Forks, ND; and Sioux Falls and Rapid City, SD next in line after that.