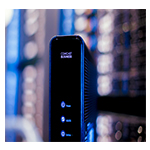 A new Amazon Web Services and Comcast deal will give Comcast Business customers the ability to connect to AWS via a direct Ethernet connection. Customers will be able to purchase service at speeds of up to 10 Gbps to connect multiple locations to AWS, which is one of the leading providers of cloud services such as production compute and storage, backup, dev/test, collaboration and website hosting.

Ethernet has been a key growth area for cable companies in recent years. The cable companies have been quite aggressive in bringing fiber to office buildings, particularly in key urban centers. And while cablecos’ initial focus tended to be small-and medium-size businesses, Comcast last year launched a unit focused on larger Fortune 1000 companies.

Some people argue that cable companies have been more aggressive than traditional telcos in selling Ethernet services because unlike the telcos they do not have a large base of customers purchasing legacy data services. Even some smaller cable companies, such as Mediacom, have been aggressively pursuing the business market and making considerable investment in infrastructure aimed at serving business customers.