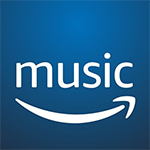 Amazon Music is being integrated through the Comcast X1 and Flex user interface, enabling subscribers to say “Amazon Music” into the voice remote to instantly access millions of songs and thousands of playlists and stations.

According to Comcast, Amazon Music, which will be available via Comcast within the next couple of weeks, will be the first time the ad-free and on-demand streaming service will be available directly on the TV through a pay-TV provider.

“We’re thrilled to bring the Amazon Music experience to Xfinity customers starting today,” stated Ryan Redington, director of Amazon Music, in a prepared statement. “Now Amazon Music listeners can effortlessly explore millions of songs, including the latest releases by their favorite artists, and much more directly through Xfinity.”

“Music makes up a big part of people’s favorite entertainment experiences and we’re thrilled to add Amazon Music’s huge library to our X1 and Flex platforms,” said Nancy Spears, vice president, business operations and strategy, Comcast Cable, in a prepared statement. “Amazon Prime Video quickly became one of the most-viewed services on X1 following its launch last year, so we are excited to expand our collaboration and enable our customers to also enjoy Amazon Music on the biggest screen in the home.”

Last year, Comcast and Amazon launched Prime Video on X1, enabling Xfinity customers to access Prime Video’s originals and catalog of thousands of shows, movies, and live events via Xfinity on Demand or through the Prime Video app.