Home » Altice is Latest Cable Company to Offer Mobile Service, Priced at $20 a Month for Life 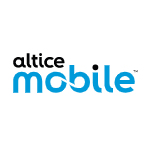 Altice today became the latest cable company to launch a mobile service offering. The offering, dubbed Altice Mobile, comes with an attractive introductory price of just $20 a month “for life” for unlimited data, text, talk and mobile hotspot nationwide. The $20 offer is only available to people who subscribe to Altice’s Optimum or Suddenlink service, however. (Those are the brands associated with Cablevision and Suddenlink – two companies that Altice purchased to gain a foothold in the U.S.)

Customers who don’t use Optimum or Suddenlink service but are “in or near” the company’s footprint can get the same offer for $30 a month.

The offer includes unlimited text and talk to more than 35 countries – a capability that apparently leverages Altice’s international holdings and agreements. The $20 price is a “limited time offer,” according to the Altice website. But the company doesn’t say when the offer ends.

Altice joins Comcast and Charter, two other major cable companies that have launched mobile service. Cable companies have become increasingly interested in mobile in recent years, as they seek to add value to their broadband and video offerings.

Altice Mobile
According to an Altice press release, Altice Mobile relies on the company’s own fiber network, Wi-Fi infrastructure and mobile core infrastructure, as well as infrastructure from “two of the best networks in the U.S.” The company did not immediately reply to an inquiry from Telecompetitor asking to confirm that those two networks were wireless networks, but clearly, that seems to be the implication.

Although the press release didn’t name the operators of the two networks, one of them undoubtedly is Sprint, with whom Altice inked a deal in late 2017 that enables Sprint to use Altice’s network for cellsite densification and enables Altice to use Sprint’s mobile service. Traditionally wireless resale has been a low-margin business, but Altice may have gained more favorable terms than usual as part of the Sprint agreement.

The second network referenced may be AT&T. A report from Light Reading notes that Altice recently signed a roaming deal with that company.

Altice has two million Wi-Fi hotspots, according to today’s press release, suggesting that the company may be using a Wi-Fi First approach that uses those hotspots for connectivity where available, falling back to cellular when Wi-Fi is not available. There may also be some intelligence in the network that uses Wi-Fi only when Wi-Fi can support connections meeting minimum performance standards.