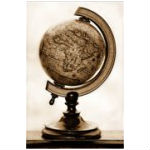 International telephone traffic rose 5% in 2012, to 490 billion minutes, while international traffic from Internet voice and messaging services such as Skype continued “to increase at a stunning pace,” putting telcos at risk of losing the predominant place they’ve held since the invention of the telephone, according to new data from TeleGeography.

“International migration, the rapid uptake of mobile phones in developing countries, and steady reductions in international call prices – especially in the form of flat-rate (and even free) calling plans – have contributed to traffic increases. Nevertheless, recent growth rates are well below the 13% average that carriers could count on to offset declines over much of the past 20 years,” according to a TeleGeography blog post entitled, “The bell tolls for telcos?”.

“This suggests that although demand for cross-border communications has not declined, an ever growing number of callers have chosen to take telcos out of the equation,” TeleGeography points out.

There’s no let-up in sight for telcos as pressure from alternative voice and video IP services grows. A host of players, including “Google (Talk and Voice), WeChat (Weixin), Viber, Nimbuzz, Line, and Kakao Talk, have gained popularity,” TeleGeography notes. “Perhaps most ominously for telcos, Facebook recently added a free voice calling feature to its Messenger application.”