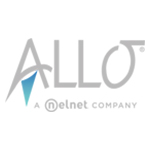 Allo Communications, a Nebraska based competitive triple play provider will launch gigabit services in Lincoln, Nebraska, due in part to its sale to Lincoln based Nelnet. Formed in 2003, Allo currently provides fiber based triple and double play services to a variety of Nebraska communities.

Nelnet is a diversified, publicly traded firm, with its primary business focused on financial services for the education vertical. They will pay $46 million for 92.5% of Allo, a very nice premium, given Allo’s total 2014 revenue of $12.2 million and EBITDA of $2.9 million.

Nelnet intends to operate Allo as a subsidiary, where it will retain its current brand identity. Allo has more than 100 employees and operates (or is constructing) fiber networks in the Nebraska communities of Scottsbluff, Gering, Bridgeport, North Platte, Ogallala, and Alliance.

Nebraska Gigabit
Lincoln, Nebraska is next for Allo, where they intend to build and operate a Nebraska gigabit network, reaching all 100K Lincoln residents by 2019. According to a JournalStar.com report , Lincoln is making their existing city-wide conduit available to Allo for the gigabit construction, tremendously reducing right-of-way costs and hassles.

“But for the conduit system, this wouldn’t be considered,” Brad Moline, president of Allo tells the JournalStar.com. Allo’s Nebraska gigabit services will compete with Windstream, who recently launched their IPTV service, Kinect TV in Lincoln. Time Warner Cable is the incumbent cable MSO. Lincoln will become quite the competitive market once these three telecompetitors have a chance to go at it.