Home » All IP Wireless Carrier for Data and Voice Emerges 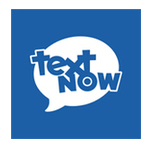 The shift to an all IP wireless network is well underway, with a new service from TextNow as a great example. TextNow started as a texting and calling app for smartphones, offering a free OTT texting and calling service. It has now morphed into a full wireless service, offering smartphones that provide voice and data service, but only over IP networks. Enflick, TextNow’s parent company, claims to be the first all IP wireless network.

TextNow joins a growing number of companies looking to disrupt the traditional wireless carrier business, by leveraging IP. Republic Wireless and FreedomPop have similar models. This shift to IP is leading to a resurgence of sorts for the MVNO model. TextNow may have a lead though, given their existing app base of 20 million users.

TextNow also appears to be one of, if not the first, to go all IP with their efforts. Republic Wireless does Wi-Fi calling as well, but reverts back to the traditional voice network for voice calling when Wi-Fi is not available. I suspect we’ll see more.