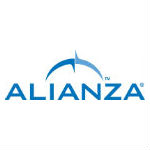 Network operators that have launched fixed broadband service using LTE are the target market for a new cloud-based VoIP offering that Alianza plans to launch at the Competitive Carriers Association in Las Vegas next week.

As Alianza executive Kevin Mitchell noted in an interview, such services often are launched as single-play offerings in areas with limited landline broadband options. “By bundling in voice, [carriers can] have a more competitive offering,” he said. “They can go to market with a double-play broadband offering.”

Alianza’s VoIP offering is cloud –based and carriers will pay for it on a per-seat basis so that “costs are in line with their subscriber base,” Mitchell explained. The offering is a “full PSTN replacement” supporting 9-1-1, lawful intercept and quality of service, he said.

Using Alianza’s platform, service providers can create flexible calling plans, Mitchell said, including unlimited plans. “They can say ‘We’ll create one product for this market and another for another.’”

Supporting Alianza’s offering are several partnerships, including one recently announced with Level3 Communications.

Small network operators that won LTE spectrum through auctions face build-out deadlines for that spectrum. But building LTE networks can be challenging, particularly for small carriers and particularly on the voice side. Network operators that already had 2G and 3G networks typically are using that equipment to support mobile voice service. Few carriers have begun to deliver voice over LTE (VoLTE), an IP-based technology that typically requires carriers to invest in IP multimedia subsystem capability.  And fixed LTE service is often implemented without voice capability.

Alianza is one of several companies aiming to minimize the investment that small telcos must make to build out their LTE spectrum. Other companies targeting this market include NetAmerica, Xius, NewCore, and West Central Wireless, among others.