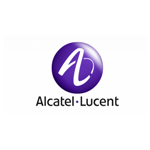 A trial conducted by Alcatel-Lucent and Austrian carrier A1 achieved speeds of up to 1.1 Gbps using copper phone wiring over a distance of more than 70 meters, the companies said. The same equipment also supported speeds of 800 Mbps over more than 100 meters, according to the companies.

This could be good news for phone companies as they try to balance economic realities with customers’ unceasing demand for greater bandwidth.

The broadband equipment used in the trial supports both vectoring and G.fast. Vectoring is a technique for reducing crosstalk in copper cable bundles that is already on the market in DSL equipment from several manufacturers. G.fast is a new transmission technology which, according to Alcatel-Lucent, uses a “wide frequency band to achieve very high speeds on copper lines over very short distances.”

Equipment supporting G.fast is not expected to be available for several years as the technology has not yet been standardized, Alcatel-Lucent said.

Distances of 70 to 100 meters might not seem like much considering that the distance between the central office and a customer location often exceeds 12,000 feet. (One hundred meters is about 328 feet.)

But as Alcatel-Lucent notes in an announcement about the trial, “in any fiber-to-the-home project, a substantial part of the cost-per-subscriber is in the last few meters between the nearest network cabinet and the home.” Using the technology tested in the trial could eliminate the need to dig up roads or private property, the company said.

Alcatel-Lucent may have achieved the fastest speeds over those kinds of distances. But it isn’t the first company to pursue a short-distance, high-bandwidth copper solution.

Adtran says its ultra-broadband Ethernet offering provides speeds of up to 100 Mbps or more over distances of up to 200 meters. And the cable industry’s Ethernet protocol over coax (EPoC) technology targets high broadband speeds over short lengths of coaxial cable.