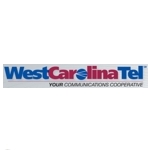 West Carolina Tel, an Abbeville, SC based independent telco is the first rural tier 3 operator to deploy Alcatel-Lucent’s Triple Play Express (TPE) platform. TPE is a scaled down triple play platform that features a ‘micro-architecture’ of the Microsoft Mediaroom middleware platform for the IPTV component.

The micro-architecture is Alcatel-Lucent’s explanation for the Microsoft Mediaroom Hyper-V solution, or Mediaroom virtualizatiom, which Microsoft claims significantly reduces the notoriously high server requirement for Mediaroom. Alcatel-Lucent has combined this with other scaled down network components for an integrated triple play solution to pursue smaller operators.

West Carolina is the first of many tier 3 operators Alcatel-Lucent hopes to attract to the TPE solution. “West Carolina is the only publicly-announced win so far, but we definitely have other TPE customers,” Chandler Kim, Director of Marketing at Alcatel-Lucent tells Telecompetitor. Those other TPE customers include Cinergy Metronet, a regional triple play service provider based in Indiana. West Carolina is the first traditional rural telco to agree to deploy TPE, according to Alcatel-Lucent. “We’ve had considerable interest from many locally and regionally focused service providers (as well as some utilities), and we are actively engaged working with them,” Kim says.

As we discussed in a previous ‘middleware shake-up’ post, Alcatel-Lucent joins a somewhat crowded field of solution providers chasing the relatively small (in terms of total market value) tier 3 IPTV market space. They’re about to get some competition on the Mediaroom front as Motorola is expected to launch a hosted version of Mediaroom targeting tier 3 providers sometime next year. It should make for an interesting 2011.