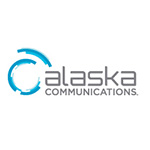 Alaska Communications broadband expansion is bringing high-speed internet to more than 16,000 rural Alaskans, the company announced today. The expansion was made possible, in part, by the Connect America Fund II, or CAF II.

Alaska Communications previously disclosed that fixed wireless technology is playing a significant role in its CAF II funded projects.. Customers pay a flat monthly fee of $89.99. There are no overage charges for data usage.

The network expansion is funded in part through the Federal Communications Commission (FCC) Connect America Fund Phase II (CAF II) program. Alaska Communications was allocated approximately $19.7 million per year for 10 years, starting in 2016, to help deploy broadband to about 32,000 locations in Alaska.