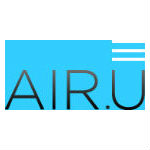 The new AIR.U program, to be known as the AIR.U Quick Start Network Program, creates a structured approach for higher ed communities to obtain TV white spaces networks. The program includes “a white space technology evaluation, a community survey and needs assessment, and an economic analysis with a  sustainability appraisal and recommended expansion plan,” said Barry S. Toser, head of sales & marketing for Declaration Networks, in an email to Telecompetitor.  “Included in this offer is a starter network configuration with exclusive pricing for AIR.U colleges and universities.”

The Quick Start program marks the next phase in the AIR.U initiative, today’s release said. “The next phase of activities will include the development of a coordinated user group for AIR.U Quick Start participants to further develop the white space technology, establish best practices, identify applications and share approaches for community expansion,” said the release.

Other AIR.U founding members include the United Negro College Fund (UNCF), the New England Board of Higher Education (NEBHE), the Corporation for Education Network Initiatives in California (CENIC), the National Institute for Technology in Liberal Education (NITLE), New America Foundation, and the Appalachian Regional Commission (ARC), as well as technology heavyweights Google and Microsoft.

When Telecompetitor spoke to a Declaration Networks executive at the time AIR.U was founded, he envisioned several different funding models for AIR.U networks, including partnerships with municipalities or non-governmental organizations and some “purely commercial” business models.

According to today’s release, AIR.U institutions that participate in the Quick Start program will receive “an AIR.U certified white spaces network that includes a base configuration supporting multiple Wi-Fi hotspots that provide high value applications, including public Wi-Fi, residential broadband and machine-to-machine services.”

TV white spaces are vacant TV broadcast spectrum that is available for unlicensed use. The technology to support this includes a database that keeps track of where TV channels are vacant and wireless equipment that automatically configures itself to use vacant channels based on information from the database.

In the West Virginia deployment, the technology supports speeds of 12 Mbps over distances of at least two miles, but Toser said that with “expanded base stations,” the technology can support speeds as great as 100 Mbps. He said Declaration Networks expects to use multiple vacant TV channels in its networks.