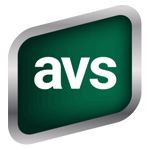 A trial will take place in Caro, MI to assess the viability of using the 600 MHz band for LTE fixed wireless service. The 600 Mhz fixed wireless trial is set to begin during the fourth quarter. The plan is for wireless carrier Agri-Valley Services to offer hosted solutions from NewCore Wireless to its subscribers. Ericsson equipment will be used.

“We look forward to the results of this 600 MHz trial,” Edwin H. Eichler, the President and CEO of Agri-Valley Services, said in a press release:  As we rolled out our existing truNet LTE wireless service, we did so with the intention of introducing vastly improved internet service to Michigan’s Thumb region. Our partnership with Ericsson and NewCore Wireless enables us to explore new technologies and constantly advance our network. Having additional usable frequency would allow us to continue our mission of making high-speed internet available to rural homes and businesses in this area.”

The use of fixed wireless technology to bring broadband to rural areas is a hot topic. Advances in LTE and nascent 5G technology provide wireless options for serving areas with low population density where wired networks are prohibitively expensive on a revenue-per-subscriber basis.

Agri-Valley won 600MHz spectrum in the auction held during the spring of 2017.

The relationship between Agri-Valley and New Core was cemented in August 2016 when the two companies announced a partnership under which the vendor provides the carrier with equipment and 4G/LTE hosting.