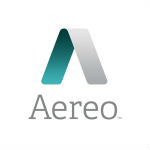 Google Chromecast joins Apple TV and Roku as the platforms that allow Aereo’s innovative cloud TV service, that enables subscribers to stream, record and control a limited channel line-up, to be viewed on traditional TVs. Much of Aereo’s initial focus and momentum centered on TV via tablets, smartphones and laptops.

Aereo and consumers may be ready for and keen to use the cloud DVR service, but the broadcast industry isn’t. They are looking to shut Aereo down by invoking copyright law and challenging Aereo’s right to operate ts original service. That service which delivers broadcast and niche channels (for now anyway), but not cable, TV services in a growing number of metropolitan areas around the country. The media companies’ challenge has made its way all the way up to the Supreme Court, which is scheduled to hear the case April 22.

Those interested in using Aereo’s “disruptive” cloud Antenna-Internet service will need to download the Aereo app for Android in the Google Play store to an Android-based device, such as a Samsung smartphone or tablet. They’ll also need to plug their Google Chromecast device into the HDMI port of their HDTV set, then launch Aereo. The “cast” icon should appear in the app, the company explains in a press release.

“The way people watch and experience television is changing and Google is a pioneer in providing consumers with more choice and flexibility in how they access and experience that media,” Kanojia was quoted in a company press release.

“We’re excited that Aereo will be Google Cast Ready this May. Consumers deserve more options and alternatives in how they watch television and our team is committed to providing consumers with the best experience possible using Aereo’s innovative cloud technology.”