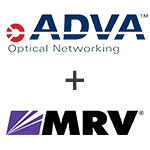 An MRV acquisition by ADVA was announced on July 2. The tender offer is for $10 per share for all of MRV’s outstanding stock, which is the equivalent of $69 million.

The boards of directors of both companies have approved and unanimously recommended the deal to shareholders. The press release does not indicate a likely closing date for the acquisition, which is subject to approval by holders of a majority of MRV common stock.

The press release says that the acquisition of MRV will strengthen ADVA’s portfolio of optical, Ethernet and software offerings and expand its customer base, especially outside of Europe. Last year, the press release says, ADVA acquired Overture Networks, which led to the creation of the Ensemble network functions virtualization (NFV) product suite, which is being used by Verizon to manage its universal customer premises equipment (uCPE).

Networking is reaching a tipping point, driven by the sophistication of software and the speed at which network providers can move data. Virtualization transforms the very nature of how things are done. Software now is the key. As it grows more potent, traditional ways of configuring and reconfiguring networks and the services they offer shifts away from hardware.

This was behind the deal, according to ADVA CFO Uli Dopfer. “[Acquiring MRV] not only strengthens our cloud access portfolio, but it also opens the door to new customers,” he said in a statement in the press release. “There can be no question that this acquisition will present many new business opportunities, especially for communication service providers who are seeking to explore the possibilities of virtualized network services.”

The industry is at a crossroads. In the past, changing a network’s profile – for instance, adding capacity from point A to point B and reducing it between point B and point C – were complex and difficult to execute. It could require equipment change outs. Likewise, adding functionality, such as firewalls and load balancers, required introduction of physical hardware.

Software defined networking (SDN) and virtualization allows much of this work to be done in software from a central location. The efficiencies of this approach are enormous. They include higher level routing control, lower costs, customer enablement, faster order fulfillment and others. However, the enormous changes are causing vendors throughout the networking ecosystem to position themselves for this far different future. ADVA’s agreement to acquire MRV is an example of the impact of this profound and as yet unclear technical change.