Warner, Okla. and Paris, March 29, 2012 – Alcatel-Lucent (Euronext Paris and NYSE: ALU), is helping Cross Wireless, doing business under the Sprocket Wireless brand, to bring superfast mobile broadband services to its customers in parts of eastern and southeastern Oklahoma in the United States. This network, based on 4G LTE, will dramatically expand mobile broadband access options throughout the region.

Mass adoption of mobile devices such as smartphones and tablets has led to increased demand for access to Internet services while on the move. LTE provides the high-speeds and capacity required for the delivery of uninterrupted access to services, especially streamed content such as movies, video calls, and gaming. Under this agreement, Alcatel-Lucent and Sprocket Wireless will enable delivery of these services and more to residents in the state of Oklahoma’s Muskogee, Pittsburg, Choctaw, McCurtain, and McIntosh counties during the first half of 2012.

V David Miller II, President of Sprocket Wireless said: “By working with Alcatel-Lucent to deploy a 4G LTE network in our service area in rural Oklahoma, we are able to meet the fast-growing demand for mobile broadband services.  These services will help to increase the efficiency of businesses in the region, and support a range of consumer services that have never been seen before in these areas.”

Robert Vrij, President of Alcatel-Lucent’s Americas region said: “We look forward to working hand-in-hand with Sprocket Wireless to bring better, faster broadband services to the people of Oklahoma. Alcatel-Lucent is continuously delivering new innovations to make wireless networks more powerful, efficient and affordable. Our LTE technology is the first step in this transition, laying the groundwork for an evolution to our ground-breaking lightRadio™ architecture, which is designed to dramatically increase the available bandwidth on wireless networks while driving down operating costs and power consumption substantially.” 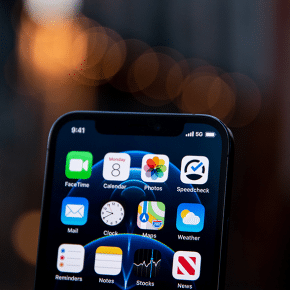