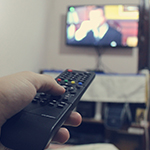 That number represents an increase of 1.3% according to the “ACSI Telecommunications Report 2018-2019.” Conversely, subscription pay-TV service stayed constant at 62 and is tied with ISPs for last place among industries tracked by the organization.

“Video streaming once again proves itself to be the best of the telecom industries in customer satisfaction,” Director David VanAmburg said in a press release. “Traditional telecom providers have tried to step up their game, but they’re not providing original content the way video streaming is, and in part they suffer guilt by association—if customers aren’t satisfied overall with Comcast, they’re probably going to ding Comcast’s on-demand service too.”

There also were changes among the scoring of individual streaming services. Netflix gained 1% and finished at 79. Last year, it was tied with Sony’s PlayStation Vue and Amazon Twitch. This year, Vue was second at 78 and Microsoft Store third at 77. Hulu and Amazon Prime Video (both of which were up 1%) and Apple iTunes (down 1%) all finished at 76.

Other streaming services scored below the industry average. CBS All Access (up 1%), Google Play (unchanged), Amazon’s Twitch (down 4%) Walmart’s Vudu (unchanged) and YouTube (down 1%) all finished around 75. Starz finished at 72 and Showtime grew 1% to 71. DIRECTV Now fell 1% to 69 and Sony Crackle was unchanged at 68.

The picture was not bright for subscription pay-TV. Customer satisfaction “has languished in the mid-to-low 60s,” according to the report. Subscription sales declined 3% to $103.4 billion last year.