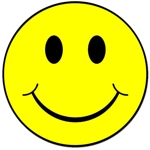 American pay-TV customer satisfaction was even worse in the roughly 12 months from May 17, 2016 to April 25, 2017 than it was in the period prior, according to the latest ACSI (American Customer Satisfaction Index). Overall customer satisfaction with their pay-TV subscription services dropped 1.5 percent, to 64, tying with Internet Service Providers (ISPs) for last place among the 43 industries tracked.

Gains were greatest among smaller wireless carriers, customer satisfaction for which as a group rose 3 percent to 79.

Broadly speaking, customer satisfaction with ISPs remains at the bottom of the 43 industries covered in ACSI’s annual report series. Slow and unreliable service is compounded by limited competition, according to ACSI. 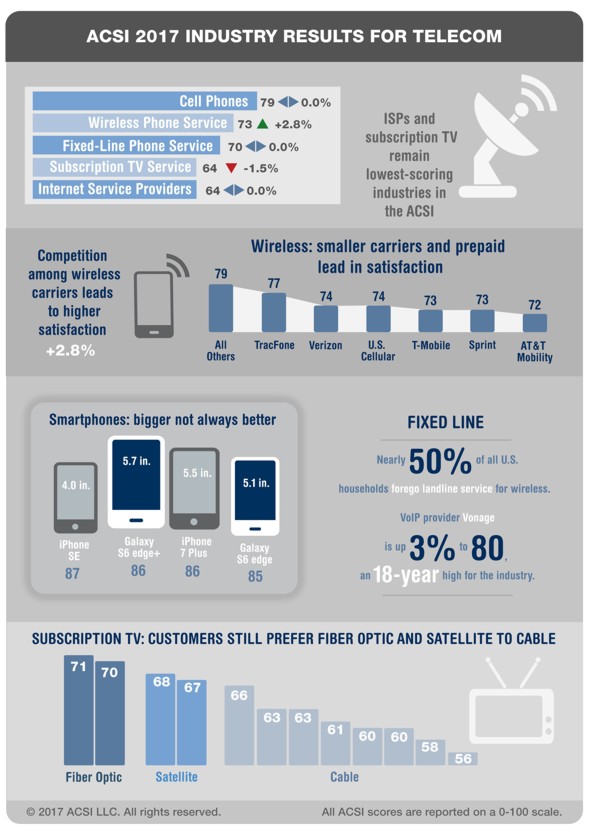 Pay-TV Customer Satisfaction
Turning to pay-TV subscription services, customers continue to prefer fiber optic service connections above all, and satellite connections as opposed to cable, ACSI found. That was reflected in Verizon’s Fios taking the top spot in ACSI’s latest ranking with a score of 71, up 1 percent from last year.

AT&T took both the number 2 and number 3 positions. Customer satisfaction with U-verse rose 1 percent to 70, while that for DirecTV remained unchanged at 68.

This year’s ACSI report marks the debut of Frontier Communications in the rankings in the wake of its acquisition of fiber-based pay-TV services in California, Florida and Texas. Frontier’s inaugural ACSI score came in at 60, tying it with Time Warner Cable.

Also noteworthy, Comcast Xfinity’s overall ACSI score tumbled 6 percent to land at 58. That for Mediacom held steady at 56, continuing its run as the lowest rated pay-TV service provider in the nation.

“The threat of competition does not appear to be encouraging improvement fast enough for pay TV,” ACSI chairman and founder Claes Fornell was quoted in a press release.

“Customer service remains abysmal, and viewers are continuing to switch over to streaming services with much higher customer satisfaction. More than half a million subscribers defected from cable and satellite providers during the first quarter – the largest loss in history.”