Home » ABI: The Market for Mobile Apps Will Reach $27 Billion This Year 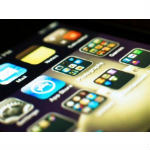 Mobile apps’ role in winning mobile operating system (OS) market share continues to grow, according to a new report from ABI Research. The global market for mobile apps will reach $27 billion in 2013, ABI forecasts, “as mobile apps continue to be a critical factor in the battle between the mobile OS.”

Trailing far behind iOS and Android, the mobile apps catalogs for BlackBerry and Windows’ devices are gradually growing as they compete for third-place in the mobile OS ecosystem marketplace. “iOS continues to lead the way, and the OS is projected to generate over two-thirds of the revenues for smartphone and tablet apps in 2013,” ABI senior analyst Josh Flood was quoted in a press release.

Flood also reports that while Android OS based apps recently surpassed Apple iOS  based apps in shear numbers, Apple continues its lead for app revenue and that lead is unlikely to close anytime soon. “… iOS users continue to prove they’re more willing to depart with their cash,” says Flood.

With larger screen sizes and a richer user experience when it comes to online activities such as gaming and reading, tablet owners are apt to pay more for mobile apps than smartphone owners, ABI says.