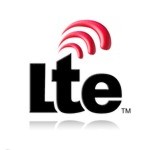 Another 123 LTE commercial networks will launch over the next two years, according to a new forecast from ABI Research. The new networks will be added to the base of 193 that have already been deployed, ABI said.

ABI has tracked a total of 470 LTE commitments to date, 69 of which are for LTE-TDD. “Significantly, LTE-TDD coverage should achieve 49% population coverage by the end of the five-year period,” ABI VP, core forecasting Jake Saunders was quoted in a press release.

“Given the number of LTE commitments and support from the handset vendors, 2013 should prove to be a year that delivers a strong adoption profile for LTE carriers, with anticipated 183m subscriptions by year-end,” the firm wrote. “These robust subscriber acquisitions are translating into service revenue of $73.8 billion in 2013, and $530.5 billion by 2018.”

Already showing “significant promise,” enhancements will add to LTE’s momentum, according to ABI. “Korea’s SK Telecom will be the first operator to launch commercial LTE-Advanced service (3GPP R.10), but the LTE-Advanced roadmap will introduce a series of innovations that not only offer potential data download speeds . . . of 1 Gbps but also advanced video streaming services such as eMBMS,” ABI notes.

“LTE-Advanced’s R.12 is the 3GPP’s latest iteration that is being reviewed by vendors and operators. Release 12 should be a significant upgrade as it allows for reduced base station activity of ‘always-on’ signaling as well as easier integration and management of M2M devices.”