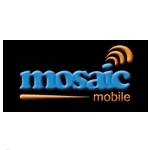 Much of the attention surrounding 4G has been on the moves of large national carriers like Verizon and Sprint. Last week’s CES show shined even more light on the plans of these wireless behemoths. But they’re not the only ones with 4G plans.

Many smaller operators have been in the 4G game for some time, primarily using WiMAX service for fixed and nomadic broadband purposes. The Broadband Stimulus program should accelerate this WiMAX trend. Rural 4G LTE deployments don’t seem as prevalent as WiMAX, but they’re beginning to ramp up. We’ll see more activity with it thanks to the stimulus program as well.

We’ve been highlighting the Verizon Rural LTE program, which now counts five rural carrier partners, including Bluegreass Cellular, Pioneer Cellular, Cross Telephone, Cellcom, and Thumb Wireless. These carriers have committed to bring LTE to rural markets, in partnership with Verizon – although ground has not been broken on any of these deals so we’re still in wait and see mode.

That’s not the case for Mosaic Telecom, a rural broadband provider based in Cameron, Wisc, who shared their 4G LTE plans with Telecompetitor. “Over the last three years, we’ve been transitioning from a telephone company to a broadband and mobility company, and it isn’t easy,” Mosaic CEO Rick Vergin tells me.

Mosaic is working with Nokia Siemens Networks (NSN) to migrate to a 4G LTE network. Mosaic currently provides both mobile and fixed wireless service over an HSPA+ network using AWS spectrum. Mosaic also has 700 MHz spectrum and will be using it for their 4G LTE offer. They plan to initially offer fixed wireless broadband and nomadic broadband for laptops, netbooks, and tablets with their 4G offer, but hope to offer 4G LTE mobility service once the handsets become available.

Mosaic is hoping the LTE handset ecosystem evolves in much the same way HSPA+ has. “Over the last three to six months, handset availability has become much easier for us. We can now take Android powered handsets from multiple manufacturers and customize them to Mosaic,” Vergin reveals. Previously, Mosaic was relying on T-Mobile handsets for their HSPA+ offer.

Once their LTE network is operational, Mosaic plans to offer a hybrid network of both LTE and HSPA+ for fixed wireless broadband access to homes and businesses in their footprint. “If the customer’s home is closer to the tower, we’re more apt to use the AWS spectrum (HSPA+ network). The farther out they are from the tower, we’re apt to use the 700 MHz spectrum (LTE network),” says Vergin. Regardless of which network is used, Mosaic plans to continue to offer a standard 1.5 Mb/s wireless broadband offer to the home. “Our goal is to get to a 4 Mb/s standard, but we’ll keep it at 1.5 Mb/s until we’re confident we can offer a quality 4 Mb/s service,” Vergin tells me. Mosaic also offers a wireless VoIP product, allowing them to provide a complete fixed wireless double play of broadband and voice services. Vergin declined to reveal subscriber counts.

Luckily for Mosaic, the equipment they have chosen allows them to take this hybrid approach. “Our cell site equipment will allow 3G AWS, 4G AWS, and 4G LTE all in one shelf and on one antenna,” Vergin tells me. Mosaic also has ethernet backhaul to 100% of their towers giving Vergin confidence they can handle the growing bandwidth demands that 4G will bring.

“This process is taking a little while – longer than I had hoped – it’s hard to get people’s attention with wireless. We’ve only been a wireless carrier since November 2009. But we’re making good progress,” Vergin tells me. He wouldn’t have it any other way. 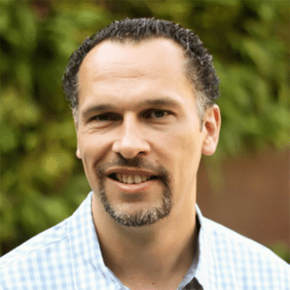 One thought on “4G LTE: A Rural Perspective”