Home » 4G Americas: Only 50 MHz of Usable Spectrum in the U.S. Pipeline 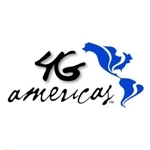 Americans’ fast-growing use of new mobile applications and devices has telecompetitors racing to keep up with mobile data demand. Offering insight into important 4G market trends is industry trade association 4G Americas, which has released a white paper that aims “to help mitigate increasing network congestion due to the effects of new applications, devices and services.”

More than 75% of wireless devices are now broadband capable, while mobile data traffic growth has more than doubled in each of the last five years, 4G Americas notes. Forecasts of exponential data traffic growth going forward, according to the industry association, include:

In addition, video and audio streaming make up more than 50% of North American mobile data traffic, according to a recently released report from Sandvine.

“With limited amounts of spectrum and growing mobile broadband data demands, today’s networks are increasingly becoming stressed to capacity,” stated Chris Pearson, 4G Americas president. “More spectrum is the ultimate answer for network congestion as growth in mobile broadband will come to a hard stop without it.

“There are, however, some short term and long term solutions to help address signaling and network data traffic congestion that may be addressed by application developers, mobile OS vendors and end users, which are carefully outlined in this report.”

4g Americas cites CTIA research showing that U.S. carriers rate highly when it comes to using existing spectrum capacity efficiently. Serving 788,000 subscribers per MHz of spectrum, U.S. carriers’ spectrum efficiency was nearly double that of any other nation as of mid-2011, according to CTIA. On the other hand, there’s only 50 MHz of usable spectrum in the US pipeline, according to 4G Americas.

“Innovative usage of network resources by all stakeholders is needed to address the predicted growth in data and signaling traffic through one cohesive ecosystem family,” Pearson added.