Home » 43% of Households Do Not have Internet Access, EU Survey Finds

About 43 percent of European Union households still do not have Internet access, according to a European Commission survey which questioned 27,000 households throughout the EU on their use of Internet, telephones and TV services. That fact might come as a surprise to some observers, especially those who think the United States is “behind” other regions in broadband adoption.

Equally surprising, perhaps, is the survey’s finding that nearly 20 percent of respondents say the “high cost” of Internet access is why they do not have it at home. Observers who decry the high prices of broadband service in the U.S. market might be surprised to find the complaint is heard at least as often in EC countries as in the United States.

Also, as is the case in the U.S. market, “availability” is not the barrier. Many of those non-connected at home state that they are not interested in the Internet, the EC study suggests.

In households with broadband connections, 30 percent of respondents say that the download speed does not remain constant, 36 percent experience connection breakdowns and 24 percent say that performance does not match contract conditions, the study reports. The point is that “best effort” Internet access connections do experience relatively wide variations in experienced speeds, based on time of day and network congestion. Those concerns are not unique to the U.S. market.

Also, about 21 percent of the European households with internet access surveyed considered that their access to certain online content and applications has been blocked by their Internet provider. For network neutrality supporters, this might come as something of a surprise as well. In the U.S. market, there have been only one confirmed Federal Communications Commission cases of such “blocking,” that by Madison River, a telephone company, and then one case of traffic shaping (not blocking) by Comcast, both cases since resolved.

Some 22 percent of households with Internet access use their computer to make voice calls over the internet. Households in the 12 newer member states are twice as likely to do this as those in the other 15 member states.

The full survey can be found at http://ec.europa.eu/information_society/policy/ecomm/library/ext_studies/index_en.htm. 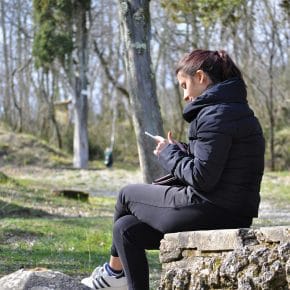