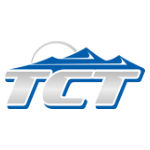 Telecom cooperatives are rarely sold. But the sale of Wyoming-based cooperative Tri-County Telephone Association, which closed December 31, is an exception to the rule.

The new owner is BHT Holdings, a company owned primarily by Neil Schlenker, a local resident and member of the cooperative. According to local news outlet the Lovell Chronicle, Schlenker also aims to acquire other small telcos and will consider companies in Colorado, Nebraska and Idaho. Schlenker reportedly plans to retain all current TCT employees and has promised to invest in infrastructure.

Telecom Cooperative Value Was Substantial
According to a fact sheet issued by Charlesmead Advisors, which provided valuation analysis for the deal, the selling price was $46 million — including $29 million in cash payments to cooperative members, retirement of debt, and commitments to network enhancements and rate reductions.

Nearly four in five TCT members (79%) voted in favor of the sale, Charlesmead Advisors said. Undoubtedly Schlenker’s assurances were a persuading factor – as was a payout of $25,000 to $30,000 per member reported by the Lovell Chronicle.

Does This Portend a Trend?
Not every community has a citizen or group of citizens willing and able to purchase the local telco, so there is no indication that the TCT/ BHT deal portends similar sales moving forward.

On the other hand, the price that TCT commanded is likely to get the attention of other rural residents. And at a time when some view rural telecom consolidation as inevitable, it wouldn’t be surprising to see some communities served by telecom cooperatives looking for similar deals – particularly now that they realize what an individual member’s share could be worth.