Entities that want the FCC to allow two-way use of 500 MHz of spectrum in the 12 GHz band are urging the commission to move ahead on that proposal, arguing in an FCC filing that the record confirms broad support for the move. It’s “imperative” for the FCC to make spectrum resources available to quickly turn broadband funding in the anticipated infrastructure bill into “real, accessible and high-speed internet connections for unserved and underserved Americans,” the rule change advocates argue.

Opponents of the rule change proposal also argue that the record is clear: The FCC should not implement the proposal, the opponents say.

The filing urging the FCC to move ahead on the proposal came from the 5G for 12 GHz Coalition, which represents a range of parties favoring the proposal, including at least two entities that hold 12 GHz spectrum licenses – DISH Network and RS Access. Other coalition members include industry associations such as INCOMPAS, Rural Wireless Association and the Computer & Communications Industry Association; fixed wireless providers; industry vendors and others.

“The FCC can take action now… to open up 500 MHz of contiguous spectrum ideal for accelerating the 5G mobile and wireless networks, improving opportunistic access to spectrum, and strengthening the capacity of Wi-Fi and other unlicensed services,” the coalition letter states.

Coalition members also signed on to a recommendation not to re-auction the spectrum. Instead, those already holding licenses would have the opportunity to use the spectrum for 5G deployments or sell it to other parties.

The coalition filing references a study from RKF Engineering that argues that two-way communications could be implemented without harming other entities that use spectrum in the 12 GHz band, including SpaceX and other satellite operators.

Opponents of the proposed rule change have criticized that study. Satellite operator OneWeb has argued that the RKF Engineering study underestimated the degree to which companies like OneWeb would offer service in urban areas. SpaceX also has argued that the RKF study made faulty assumptions about the non-geostationary satellite deployments that SpaceX, OneWeb and others are undertaking.

In late September, SpaceX reiterated those concerns in an FCC filing, arguing that the RKF study focused on SpaceX but didn’t consider the impact on other satellite operators using the 12 GHz band. Among other things, SpaceX also argued that although RKF says that coordination between satellite operators and two-way terrestrial users of the band could overcome potential interference issues, RKF has not proposed a specific coordination requirement.

Some stakeholders have suggested that the FCC could be open to some type of coordination requirement, simply because 500 MHz is a lot of spectrum and the commission has been scrutinizing various spectrum bands with the goal of finding more bands that could be used for 5G on a shared basis. 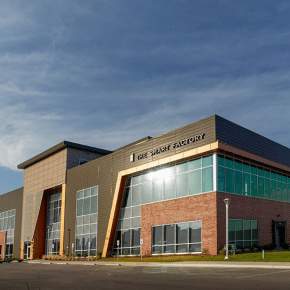